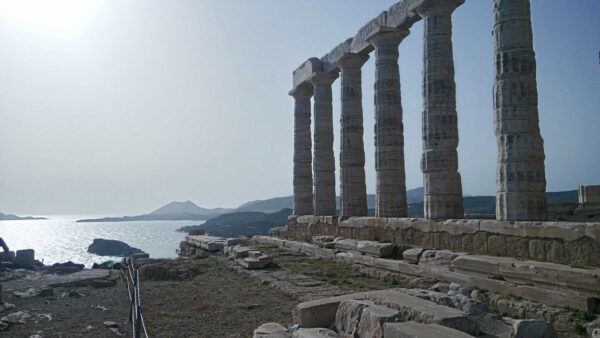 ”Classical Greece” is a 12-day touristic package, ideal for those who are more interested in archeology. Visiting some of the most important sites in human history.

Arrival in Athens, reception and transfer to the hotel.

We suggest visiting the bohemian neighborhood of Plaka, at the foot of the hill of Acropolis. Full of shops, restaurants and traditional taverns.

City tour, with group and accredited guide. Including visits to Acropolis, Acropolis Museum and panoramic tour of the most important attractions of the Greek capital. Duration 5 hours.

In the morning, we will pick you up at the hotel for the classic tour of 4 days and 3 nights, with group and accredited guide.

After a short stop at the Isthmus of Corinth, will continue to Mycenae visiting the Acropolis, one of the most famous in classical civilization, the Gate of the Lions, the archaeological Museum and the tomb of King Agamemnon.

Follows a visit to the ancient Theater of Epidavros (known worldwide for its perfect acoustics).

Overnight in ancient Olympia, origin of the Olympic Games of Antiquity.

In the morning, we will visit the Stadium, the Temple of Zeus and the rest of the archaeological site of Ancient Olympia. Then, the Museum, where are exhibited a model of the Sanctuary of Zeus, the walls of the Temple and the famous statue of Hermes of Praxiteles.

In the morning, we will visit the Museum and the archaeological site of Delfoi, which in ancient times was a very popular destination due to the oracle, temple of Apollo. Listed as a UNESCO World Heritage Site. Surrounded with incredible natural beauty.

Tour of Meteora. You will be stunned of the spectacle of the incredible monasteries(enter in at least 2 of them), built on the top of the rocks between 305 and 549 meters high. Also listed as a UNESCO World Heritage Site.

In the afternoon, return to Athens airport and embark for the picturesque city of Chania, in the island of Crete.

We will stroll through the historic alleys of the city which is considered one of the most beautiful in Greece and the most romantic in Crete. The old quarters of Chania, date from the times of the Venetian and Turkish occupation.

Rest of the day free, in order to get to know this charming city.

Early in the afternoon, we will go to Heraklion, the largest city in Crete. We will make a stop at Rethymno, a university city, where occurs one of the most famous carnivals in the country.

In the evening, we will stroll through the historic center, visiting the monuments of the Venetian period, enjoying this city that mixes medieval and cosmopolitan characteristics.

We suggest the excursion to Ágios Nikolaos, Elounda and the island of Spinalonga, famous for Victoria Hislop’s book, “The island”.

In the afternoon, island tour with group, covering the entire island, including visiting a winery, to taste some of the unique Santorini wines. We will wait for the sunset in Oia, one of the icons of Greece. Ideal time for beautiful photos in this village, which has traditional houses on narrow streets, churches with blue domes, hotels and restaurants with privileged views of the Aegean.

A route with stunning views throughout the duration!

In the morning, transfer to Santorini airport and depart for Athens.

What is included – Classical Greece

This touristic package is carried out throughout the year, without restriction in the number of travelers.