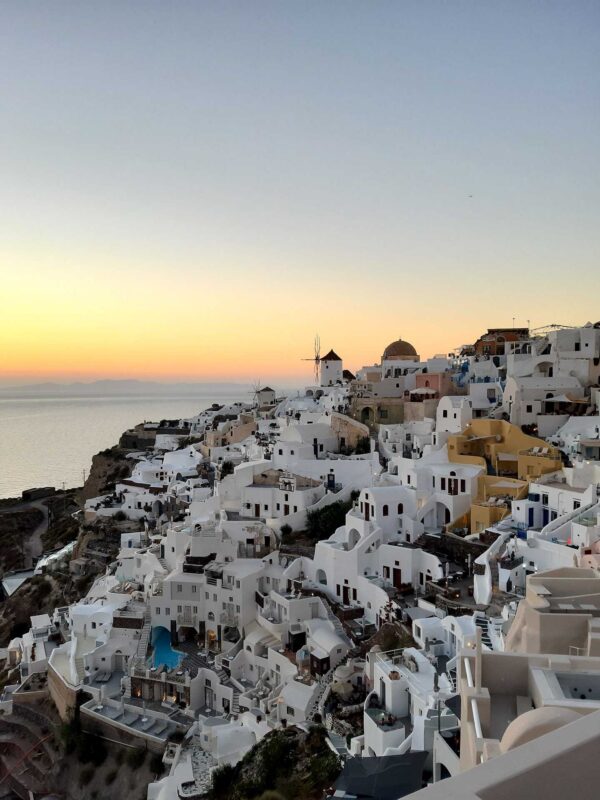 “Jewels of Aegean” is a touristic package of 15 days, designated for those who want an epic trip through the major tourist attractions of the Aegean sea:

Rhodes, the island of the knights, with a well preserved medieval city, the beautiful town of Lindos and fantastic beaches, is chic and glamorous.

Mykonos, the island chosen by international jet set and celebrities for their holidays, highlighted by the mazy alleys of the city, the archaeological site of nearby Delos and, of course, some of the most bustling parties of the European summer.

Arrival in Athens, reception and transfer to the hotel.

We suggest visiting the bohemian neighborhood of Plaka, at the foot of the hill of Acropolis. Full of shops, restaurants and traditional taverns.

City tour, private, with an accredited guide. Including visits to Acropolis, Acropolis Museum and panoramic tour of the most important attractions of the Greek capital.

In the morning, transfer to the airport and depart for the island of Rhodes, the largest of the Dodecanese.

Free afternoon to explore the city of Rhodes, divided between the medieval and the modern. The Medieval City of Rhodes is listed as a UNESCO World Heritage Site.

We suggest the tour of the medieval city, where you will visit the castle, the medieval walls, the Archaeological Museum and the Palace of the GrandMaster.

Or the excursion to the beautiful city of Lindos and enjoy walking through its narrow alleys leading to the Acropolis of Lindos.

We suggest that you visit the cosmopolitan beach of Elli, in the city of Rhodos.

Or the excursion to the wonderful and colorful island of Symi, just off the coast of Turkey.

In the evening transfer to the airport and depart for Heraklion, the largest city in Crete.

In the morning, we will stroll through the historic center, visiting the monuments of the Venetian period, enjoying this city that mixes medieval and cosmopolitan characteristics. We will proceed to an award winning cellar in order to taste some of the local wines.

We suggest the excursion to the west of the island, visiting the picturesque city of Chania, considered as one of the most beautiful in Greece and the most romantic in Crete. The old quarters of Chania, date from the times of the Venetian and Turkish occupation.

Or the excursion to Ágios Nikolaos, Elounda and the island of Spinalonga.

For the rest of the day, we suggest to get to know Fira, admiring the island’s capital, with boutiques, various cafes, bars and restaurants overlooking the caldera, making it the busiest place on the island.

In the afternoon, island tour with group, covering the entire island, including visiting a winery, to taste some of the unique Santorini wines. We will wait for the sunset in Oia, one of the icons of Greece. Ideal time for beautiful photos in this village, which has traditional houses on narrow streets, churches with blue domes, hotels and restaurants with privileged views of the Aegean.

A route with stunning views throughout the duration!

In the morning, transfer to the port and embark for Mykonos, the island preferred by celebrities as their holiday destination.

Free afternoon to explore the city of Mykonos, with picturesque alleys, the famous windmills and the legendary sunset of little Venice.

Free days, in order to enjoy the beaches and the nightlife of Mykonos city(Chora).

Spend the day in some of the chic beach clubs of the island, with a great chance of bumping into celebrities!

Note: We will indicate the best options and make the reservations.

We also suggest the excursion to the nearby island of Delos, with its very important archaeological site, listed as a UNESCO World Heritage Site.

Early in the afternoon, transfer to the port and embark for Athens.

Rest of the day free for the last impressions of the greek capital and, possibly, shopping.

At the agreed time, transfer to the airport and depart for your next destination.

This touristic package is carried out from April until the end of October, without restriction in the number of travelers. In order to enjoy it to the most, we recommend to consider traveling from the second fortnight of April onwards.